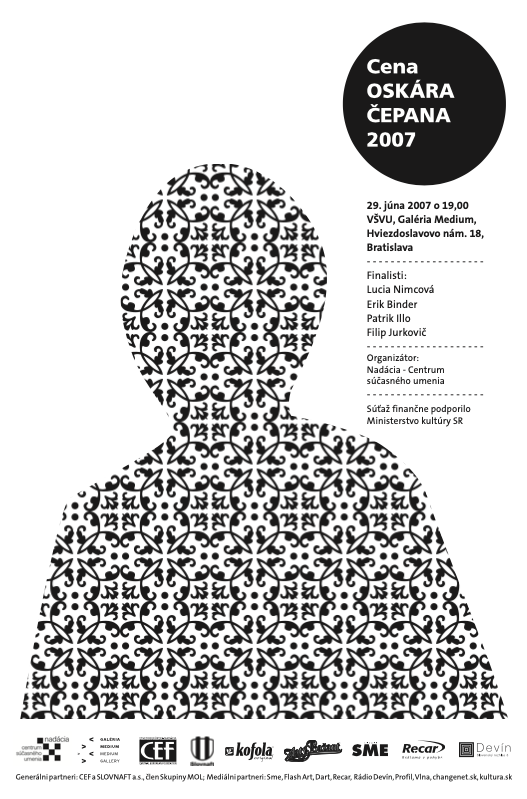 Foundation – Center for Contemporary Arts has a pleasure to invite you to the opening of the exhibition of finalists and the official announcement of the winner of the Oskár Čepan Award 2007.

Since 2006, the young artists are nominated for a contest by the Council of nominators comprising Slovak theoreticians of visual arts and curators. At the same time however they can also register individually on the basis of an application form and relevant visual documentation. The Oskár Čepan Award winner is decided by an expert commission made up of visual art theorists and visual artists appointed by the Foundation – Center for Contemporary Arts for a two-year term of office.

In 2007 it was already 12th year of the competition. Several changes were witnessed: besides record number of applications, the financial award for the winner increased four times, amounting to SKK 80,000. The winning visual artist was awarded a six week scholarship in New York (USA) with a possibility to organise an individual exhibition afterwards.