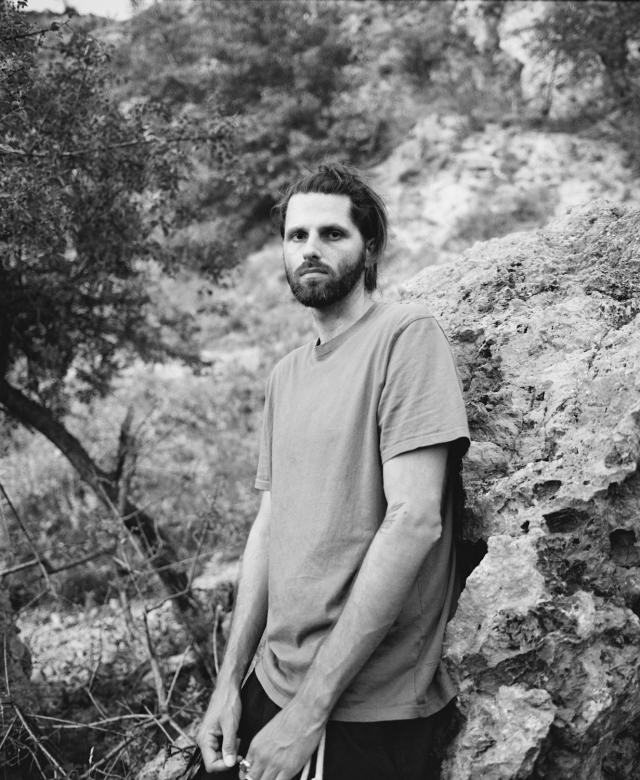 Peter Kašpar studied media communication at the University of St. Cyril and Methodius in Trnava. In 2017, he held a SAIC internship at the School of the Art Institute in Chicago. In 2016, he attended The Fountainhead Residency in Miami and, in 2015, the School of Visual Arts Residency in New York. In 2014, he was nominated for the Pulse Art Prize. His most recent independent exhibitions include Liquid Being (2021) at A Promise of Kneropy (APART Collective) or Sunroof (2017) at The Java Project in Brooklyn, New York.

"My work derives from contemplating visions of the future, which I serve in subtle clues. I do not try to come up with a single 'right' way of possible development. I reflect the elusive and uncertain emotions about the future in which the biological has become an integral part of the technological world, and vice versa. A world in which there are no binary divisions and everything is inherently interconnected, myths and facts intertwine and merge into a non-linear flow of emotions which our consciousness is unable to cope with. The objects I create interpret just such deconstructed nostalgies from the future and, with the aid of subtle references, they trigger processes of association in the subconscious mind of an observer,” Mr Kašpar comments his work.

„It would be easy to say that the central theme of Peter Kašpar's work is artificial intelligence (AI) but in fact we are the central topic within his practice: since AI is us. Separating humans from AI and technology sets a binary optic and grounds future conflict. Perhaps this is also why Kašpar does not merely introduce us to the immersive world of virtual reality (VR) but constantly maintains a connection to our physical world of things and bodies that seem familiar. However, the artist is trying to show us that this is not the case and that AI can reveal to us unknown realities within the world as we understand it. He then traces this connection at the cognitive and sensory level through the linking of activity of our bodily receptors, brain fibres, fibre optic cables, and AI algorithms. Peter Kašpar has long been interested in AI, racism and ethics. He collects, observes and compares patterns of living and non-living space and earth entities with the help of AI, providing evidence of the interconnectedness and relatedness of all particles. “ - Edith Jeřábková