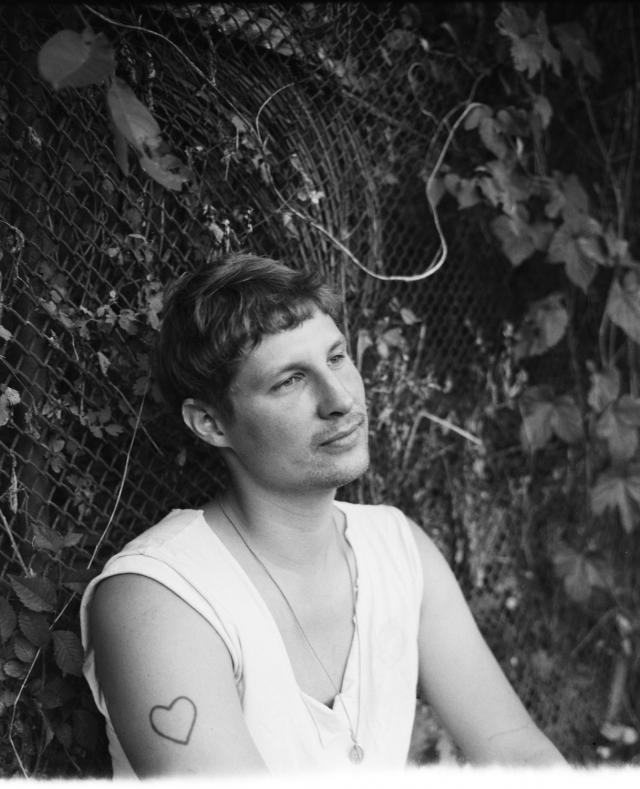 Michal Mitro graduated in Intermedia at the Faculty of Fine Arts, Brno University of Technology. In 2018 and 2019, he had an internship with ArtScience specialism at the Royal Academy of Art in The Hague, the Netherlands. In 2013 and 2014, he studied sculpture and sound at the University of Tasmania. In 2012, he was at the American University of Beirut specialising in psychology and fine arts. He also studied sociology (Bosphorus University Istanbul, Masaryk University Brno). He exhibited widely at home and internationally. In addition to his art, he works as curator for the interdisciplinary association sessi.space (Safe Space for Exploring S-Ideas) and is member of the STELLA research group (Somatic Tech Live Lab) that maps the overlap of performative art and technology within the V4 – Visegrad region.

"My practice oscillates at the crossroads of media and different disciplines. Building upon my studies in psychology and sociology at the Masaryk University, I deal with the nuances of everyday life and hyperobjects of planetary scale. In my work, I translate the sociological vision (as per Ch. W. Mills) into sculptural contexts with elements of sound, light and technology. I tend to touch upon the relationships between the human and the more-than-human, and the friction areas between the artificial and the natural. In the language of visual art, I present disturbing and inspiring stories as portents of possible forms of sustainable future," Michal Mitro elucidates his work.

„Michal Mitro’s practice translates multifaceted ecological, socio-political and economic processes into conspicuous metaphors. His recent projects visualise the connections between pharmaceutical industry and ethno-religious conventions, the burgeoning of crypto currencies and coal mining histories; and strive to directly engage with experiences such as seasonal affective disorders, digital gardening and social activism. In creating his hyperobjects and participatory settings, Mitro embraces signals, photons and sonic vibrations, artificial intelligence, silicon and carbon chips as materials of his artistic arsenal that spans from 3D printing and sound engineering to speculative archeology and docufiction. Technology, fauna and flora play a significant role in his work, complicating the agency of the human. “ - Lilia Kudelia